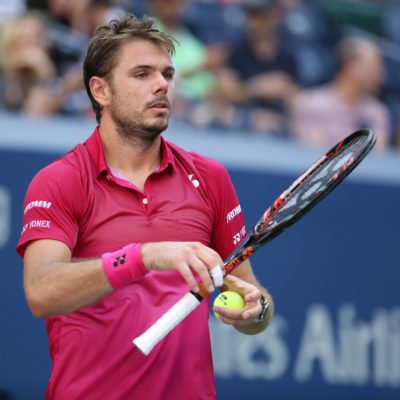 Wawrinka in 2016, photo by Leonard Zhukovsky/Bigstock.com

Stan Wawrinka is a Swiss professional tennis player. He was born in Lausanne, Switzerland, to a German father, Wolfram Wawrinka, and a Swiss mother, Isabelle, from Lausanne in Vaud.

When asked about his origins, he has stated:

Actually, I have a double passport, Swiss-German, but I am Swiss, and I have always felt good in my country. My mother’s Swiss and my dad’s German, given his origins are Czech. It happens that Wawrinka’s a Polish name because I had a great grandfather who was living on the border between Poland & Czechoslovakia.