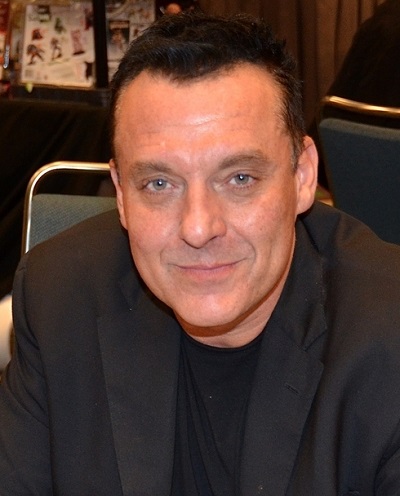 Sizemore in 2013, photo by PrPhotos

Tom Sizemore is an American actor and producer.

Tom is the son of Judith (Schannault) and Thomas Edward Sizemore, a lawyer and professor. His brother, Aaron Sizemore, is a writer. Among his ancestry is English, German, Scottish, French, and remote Welsh. In his book autobiography, By Some Miracle I Made It Out of There: A Memoir (2013), Tom states that his maternal grandfather was the illegitimate son of a white plantation owner, John Oliver Chennault, and of a Native American woman, Nina. Similarly, Tom appears to have once stated that his mother (more likely specifically his maternal grandfather) had African-American ancestry. It appears that Tom’s great-grandmother, Nina/Effie Tompkins, was indeed African-American. People of African-American heritage sometimes described themselves as being of Native American descent. Tom’s paternal Sizemore family likely has distant Native American (Cherokee or Creek) ancestry.

Tom’s patrilineal line can be traced to Francis Sizemore, who was born, c. 1618, in London, England.

Tom’s paternal grandfather was Blevins Sizemore (the son of Wilburn/Wilber B. Sizemore and Margaret L. “Peggy” Asher). Tom’s grandfather Blevins was born in Kentucky. Wilburn was the son of Blevins Brock Sizemore and Rebecca Sizemore. Margaret was the daughter of David Wilkerson Asher and Nancy Jane/Patsy Sizemore.

Tom’s maternal grandmother was Mildred Dean Hayes (the daughter of Robert Leslie Hayes and Lonetta “Nettie” Anderson). Robert was the son of Richard A. Hayes and Elizabeth Ann Terry. Lonetta was the daughter of Henry Davis Anderson and Josephine “Josie” Exum.

Genealogy of Tom Sizemore (focusing on his mother’s side) – http://worldconnect.rootsweb.ancestry.com

Genealogy of Tom’s maternal great-great-great-grandmother, Martha Cantrell (focusing on her father’s side) – http://wc.rootsweb.ancestry.com