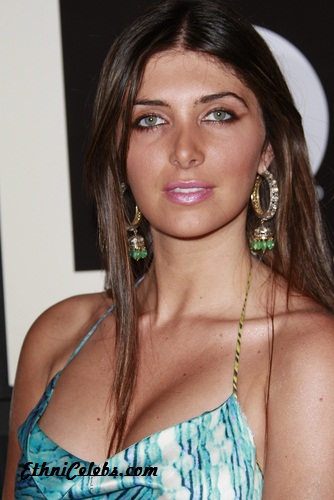 Brittny Gastineau is an American model, socialite, and reality television personality. She is known for starring on the reality series The Gastineau Girls and Filthy Rich: Cattle Drive.

Her father, Mark Gastineau (Marcus Dell Gastineau), a football player, was on the New York Jets. Her mother, Lisa (D’Amico), is a Manhattan socialite.

Brittny’s paternal grandmother was Wanda Lucille Nuttall (the daughter of Cecil E. Nuttall and Julietta Delina Hurst). Wanda was born in Oklahoma. Julietta was the daughter of Pink Mitchell Hurst and Paralle/Pairlee Romines.

Brittny’s maternal grandmother is Joan Caveleski (the daughter of Joseph Covaleski/Caveleski/Kovelsky/Kowaleski and Martha Levinsky). Joseph was born in Jersey City, New Jersey, the son of Polish parents, William Covaleski/Coveleski/Kovelsky/Kowaleski and Anna Rosezyk/Kasack. Martha was born in Minsk, Belarus, then in the Russian Empire, the daughter of Ivan Levinsky and Martha/Natale/Natalia Maruga/Marnga Levaskevich.