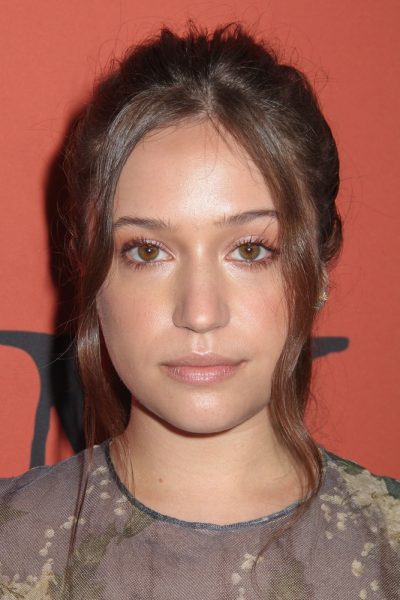 Gideon Adlon is an American actress. Her roles include the films Blockers, The Mustang, and The Craft: Legacy, and the show The Society.

She is the daughter of actress, screenwriter, producer, and director Pamela Adlon and Felix O. Adlon. Her father is German and her mother is American. Her sister is actress Odessa Adlon/Odessa A’zion. She is the granddaughter of German director Percy Adlon, and Don Segall, an American television writer and producer, and comic book author. Her great-great-uncle was German-born actor Louis Adlon, who was married to American actress Rosemary Davies, until his death.

A DNA test whose results were displayed on the show Finding Your Roots with Henry Louis Gates, Jr. (2022) stated that Gideon’s mother Pamela’s genetic ancestry consists of:

Gideon’s paternal grandfather is Percy Adlon (Paul Rudolf Parsifal Adlon, the son of Paul Rudolf Laubenthal and Susanne Adlon). Percy was born in Munich, Germany. Gideon’s great-grandfather Rudolf was born in Düsseldorf, Düsseldorf, North Rhine-Westphalia, and was a prominent opera singer. He was the son of Jacob Laubenthal and Katharina Blankenheim. Susanne was the sister of Louis Adlon. She was the daughter of Ludwig/Louis Antonius/Anton Adlon, from Mainz, Darmstadt, Rhineland-Palatinate, and of Ottilie “Tilli”/Tilly/Tillie Josefine Metzger, from Hradec, East Bohemia. Gideon’s great-great-great-grandfather, Laurentius/Lorenz Adlon, was a caterer, gastronomer, and hotelier, who opened the Hotel Adlon in Berlin.

Gideon’s maternal grandfather was Donald Maxwell “Don” Segall (the son of Harry Segall and Esther Fox). Donald was born in Boston, Massachusetts. Harry was born in Massachusetts, to Jewish parents from the Russian Empire, Frank Morton Segall, who was born in Gritsev, Ukraine, to a father who was a rabbi; and of Fanny/Fannie Gussinoff/Gusenoff. Esther was a Jewish emigrant, who was born in Palonia, Wolyn, Poland, and was the daughter of Morris Fox and Bessie/Rebecca Kantrovitz/Fine.

Gideon’s maternal grandmother is Marina Lucy Leece (the daughter of Phyllis Sarah Jane Smith). Marina was born in Birkenhead, Cheshire, England. She converted to Judaism. Phyllis was the daughter of Philip Smith and Mary Handerson. Genetic testing conducted by Finding Your Roots established that Gideon’s maternal great-grandfather, Leonard Robert Leece, was not her biological great-grandfather. Gideon’s biological great-grandfather was Joseph Walthew (the son of Benjamin Walthew and Rose Drew). Joseph’s ancestry was English, and also Welsh, from Caernarvonshire, Irish, from Westmeath, and Northern Irish, from Down/Newry, Down.