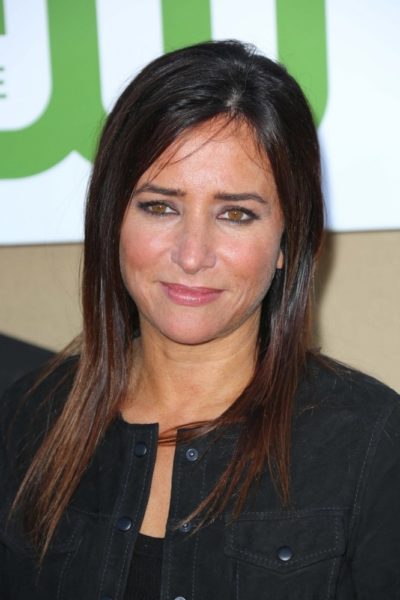 Pamela is the daughter of Marina and Donald Maxwell “Don” Segall, a television writer and producer, and comic book author. Her father was American and her mother is English. Pamela’s father was from a Jewish family. Pamela’s mother is of English, along with Irish, Northern Irish, and Welsh, descent; originally a Protestant, she converted to Judaism upon their marriage. Pamela has three children, including actresses Gideon Adlon and Odessa Adlon/Odessa A’zion, with her former husband, Felix O. Adlon. Felix is the son of German director Percy Adlon.

A DNA test whose results were displayed on the show Finding Your Roots with Henry Louis Gates, Jr. (2022) stated that Pamela’s genetic ancestry consists of:

Genetically, she was found to have a common ancestor with actress Meryl Streep, through her mother’s side.

Pamela’s paternal grandfather was Harry Segall (the son of Frank Morton Segall and Fanny/Fannie Gussinoff/Gusenoff). Harry was born in Massachusetts, to parents from the Russian Empire. Frank was born in Gritsev, Ukraine, the son of Itsak/Yitzhak/Isack/Isaac “Issac” Segal/Segall, a rabbi, and of Malke/Malka Polonsky. Fanny was the daughter of Shaye Gussinoff and Dobbie.

Pamela’s legal grandfather Leonard Robert Leece was the son of Thomas Leece and Lucy Chapman. Leonard was born in Birkenhead, Cheshire, England. Thomas was the son of James Leece and Margaret Ann Chapman. Lucy was the daughter of Robert Chapman and Alice Somerville.

Genealogy of Pamela Adlon (focusing on her father’s side) – https://www.geni.com