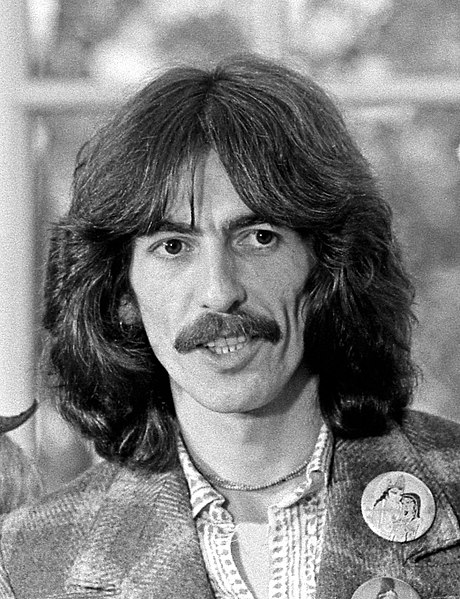 George Harrison was an English guitarist, singer, songwriter, and producer. He was a member of the band The Beatles, along with John Lennon, Paul McCartney, and Ringo Starr.

George was the son of Louise Anne and Harold Hargreaves Harrison. George was married to author and film producer Olivia Harrison, until his death. The couple have a son, multi-instrumentalist, singer, and composer Dhani Harrison.

George’s paternal grandfather was Henry Harrison (the son of Edward Harrison and Elizabeth Hargreaves). Henry was born in West Derby, Lancashire, England. Edward was the son of Robert Pettit Harrison and Jane Shepherd or Moat. Elizabeth was the daughter of John Hargreaves and Ann Holmes.

George’s maternal grandmother was Louise Woollam (the daughter of John Woollam and Jane Daniels). Louise was born in Crosby, West Derby, Lancashire, England. John was the son of Roger Woollam and Ann/Anne Swallow, who was born in Denbighshire, Wales.