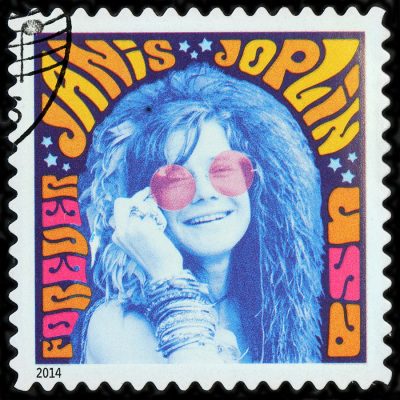 Janis Joplin was an American singer and songwriter.

She was the daughter of Dorothy Bonita (East) and Seeb Ward “Seth” Joplin.

Janis’s maternal grandfather was Cecil East (the son of Ulysses Sampson Grant East and Annie/Anna Belle Bowman). Cecil was born in Illinois. Ulysses was the son of Henry Tate East and Caroline Nelson. Annie was the daughter of James Franklin Bowman and Sarah Ann Downing.