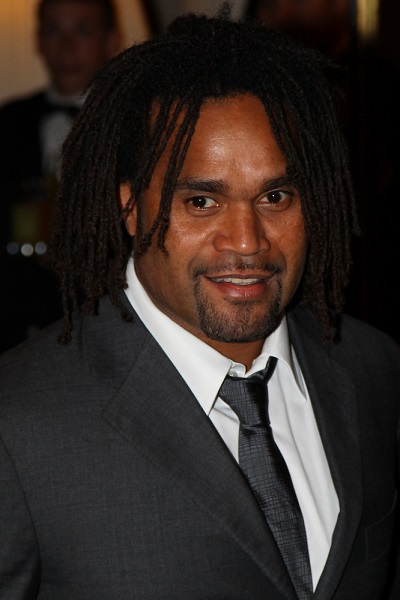 Karembeu in 2009, photo by Prphotos.com.

Christian Karembeu is a French international footballer. He was a vital player in the French team that won the 1998 World Cup.

Christian was born in Lifou, New Caledonia, to Hudrenie and Paul Karembeu. He is the fifth of eighteen siblings. His surname means “the angry man” in xârâcùù, one of Kanak languages spoken in New Caledonia. The Kanak are the indigenous Melanesian inhabitants of New Caledonia. According to the 2009 census, they constitute 40.3% of the total population of New Caledonia, with 99,078 people.

New Caledonia is a French overseas territory in the Pacific Islands. At the age of seventeen, he moved to France on a scholarship to study and play football.

His great-grandfather was one of a hundred Kanaks taken to Paris in 1931, where, at the Paris Colonial Exposition, they were exhibited as “cannibals.”

Christian is married to Lebanese skier Jackie Chamoun, with whom he has a daughter.