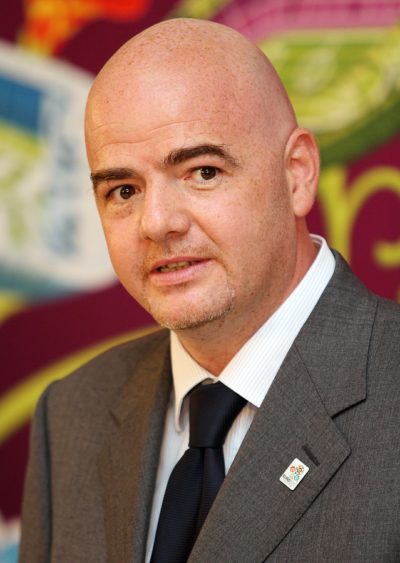 Infantino in 2010, photo by man_kelly/Bigstock.com

Gianni Infantino is a Swiss and Italian football administrator. He became Secretary General of UEFA, in 2009, and has been President of FIFA, since 26 February, 2016.

Gianni is the son of Vincenzo Infantino and Maria Minolfi. Vincenzo is from Reggio Calabria, Calabria, Italy. Maria is from Piamborno, in the commune of Piancogno, Province of Brescia, Lombardy, Italy.

Gianni is fluent in Italian, French, and German, and also knows English, Spanish, and Arabic. He is married to Leena Al Ashqar, who is Lebanese. The couple has four children.

His paternal grandparents were from Cittanova, Calabria.