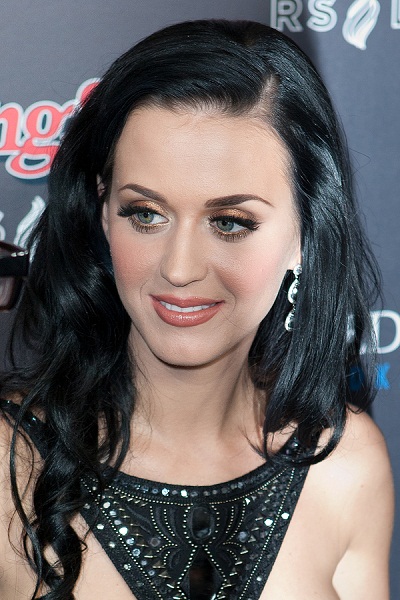 Katy Perry, born Katheryn Elizabeth Hudson, is an American singer, songwriter, and actress. She is known for her hit songs “I Kissed a Girl” and “Hot n Cold,” among others.

Katy is the daughter of Mary and Maurice Hudson, who are Pentecostal pastors. She has a daughter with her fiancé, English actor Orlando Bloom.

Katy’s father has English, and smaller amounts (to varying degrees) of Irish, Scottish, Scots-Irish/Northern Irish, Welsh, French, and remote Manx (Isle of Man), ancestry. Katy’s mother is of three eighths Portuguese, one eighth Irish, one quarter German, and approximately one quarter English/British Isles, descent. Three of Katy’s maternal great-great-grandparents were from the Azores, islands belonging to Portugal (including from Horta, Faial Island, in the Azores). Katy’s uncle (her mother’s half-brother) was director Frank Perry.

A DNA test whose results Katy displayed on her Instagram page stated that her genetic ancestry is:

Katy’s paternal grandmother was Annie/Ann Pearl Robison (the daughter of Hulet Lender Robison and Lassie Leodifyne Meadows). Annie was born in Arkansas. Hulet was the son of Julius Walter Robison and Millie Maud Knight. Lassie was the daughter of Joseph Hasard Meadows and Nannie N. Garrett.

Katy’s maternal grandfather was Frank Joseph Perry (the son of Antonio Perry and Sarah Adeline Denis). Frank was born in California. Antonio was of Portuguese descent, the son of Frank Perry. Sarah was the daughter of Vincente Denis, a Portuguese immigrant, and of Hannah A. Mulhaire, who was Irish, from Eyrecourt, County Galway.

Katy’s maternal grandmother was Mary Elizabeth Vilsack (the daughter of Aloysius Joseph “Ollie” Vilsack and Gladys Matilda Brace). Mary Elizabeth was born in Pennsylvania. Aloysius was of German descent, the son of Leopold Vilsack, a famous brewer and banker, and of Dorothea/Dorothy A. Blank. Gladys had English ancestry, and was the daughter of Napoleon Collins Brace and Mary Elizabeth Craig.