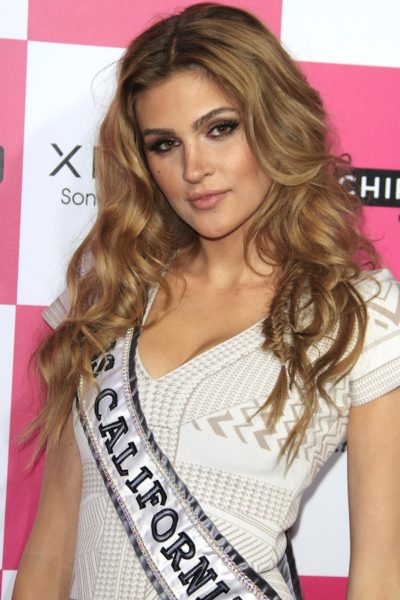 Pack in 2012, photo by Joe Seer/www.bigstockphoto.com/

Natalie Pack is an American model and beauty pageant titleholder. She is known for being a contestant on the twelfth season of America’s Next Top Model. She also held the title of Miss California USA 2012. Natalie is married to model and actor Aaron O’Connell.

I’ve always heard the island in Croatia that my family is from (Hvar) is one of the most beautiful places in Europe. The town on Hvar they originate from, Stari Grad, is one of the oldest towns in Europe–dating back to 3500 BC. I’ve also heard for many years I still have living relatives in Stari Grad, even though the population of the town is only a few thousand. So I asked my dad before the trip for anything he could remember during the time he visited some 40 years ago. He remembered some names of relatives, a church bell tower with an engraving dedicated to my grandmother Lucia Pakušić, and gave me a few photos.

Natalie’s maternal grandfather was Ralph William McNett (the son of William Clinton McNett and Olive Irene Snyder). Ralph was born in Ohio. William was the son of John Calvin McNett and Francis “Fannie” Shank. Olive was the daughter of George Snyder and Barbara Ann Roeder.