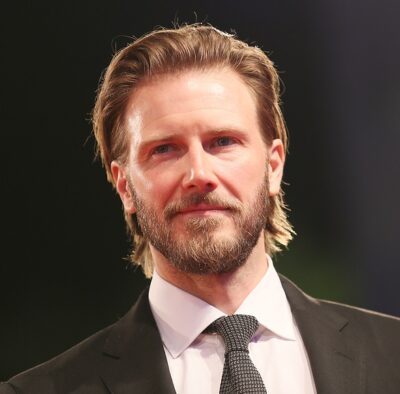 Bill Heck walks the red carpet ahead of the ‘The Ballad of Buster Scruggs’ screening during the 75th Venice Film Festival at Sala Grande on August 31, 2018 in Venice, Italy. Denis Makarenko

Bill Heck is an American actor. His roles include the film The Ballad of Buster Scruggs, and the shows The Leftovers, The Old Man, and I Know What You Did Last Summer.

He was raised mostly in Libertyville, a suburb of Chicago, Illinois. He is married to actress Maggie Lacey.

Bill’s paternal grandfather was Daniel Curtis Heck, Sr. (the son of Nicholas/Nick J. Heck/Hecimovich and Josephine E. Curtis). Daniel was born in Fuera Bush, Albany, New York. Nicholas was from the Austro-Hungarian Empire, and was likely of Croatian descent. He was the son of John Hecimovich and Mary Marsonic. Josephine was born in Ohio, to emigrants from the Austro-Hungarian Empire, who were also likely of Croatian descent, Jacob Curtis and Mary Uvane.

Bill’s maternal grandfather was Don Herbert Eldredge (the son of William Strickland Eldredge and Frieda Johanna Buth). Don was born in Chicago, Illinois. William was the son of Lucius Owen Eldredge, who had deep roots in the U.S., and of Harriet Lucetta Strickland, whose own father was English, from Drax, Yorkshire. Frieda was the daughter of German emigrants, Herman Henry Buth and Anna Oldenbuttle, from Bremmen.

Bill’s maternal grandmother was Frances Ellen Cain (the daughter of Lester Stewart Cain and Wilma Lynch). Frances was born in Missouri, and had deep roots in the U.S. Lester was the son of Joseph Marion Cain and Frances M. Hughes. Wilma was the daughter of John William Lynch and Martha Ellen Clack.