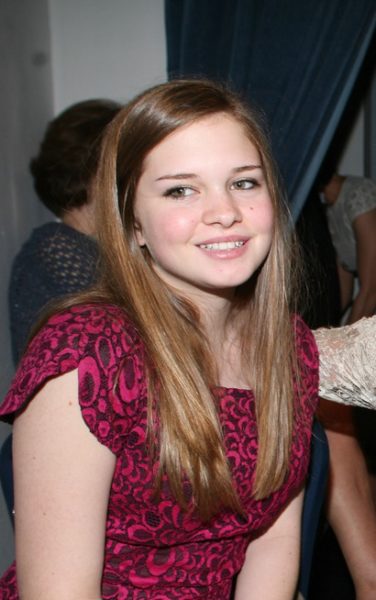 Banderas in 2011, photo by Prphotos

Stella Banderas is the daughter of actors Antonio Banderas and Melanie Griffith. Her maternal grandmother is actress Tippi Hedren, and one of her half-siblings, through her mother, is actress Dakota Johnson. Her half-aunt is actress Tracy Griffith. Stella herself has also acted.

Stella’s maternal grandfather was Peter Atwill Griffith (the son of Benjamin Elmer Griffith and Hilda Atwill). Peter was born in Baltimore, Maryland. Benjamin was the son of William Thomas Griffith and Rosa Bond. Hilda was the daughter of Robert Clarence Atwill and Lucy Jane McClure.

A DNA test of uncertain value whose results were displayed on the show El árbol de tu vida stated that Stella’s father’s genetic ancestry matches to the following countries:

Genealogy of Stella Banderas (focusing on her mother’s side) – http://worldconnect.rootsweb.ancestry.com