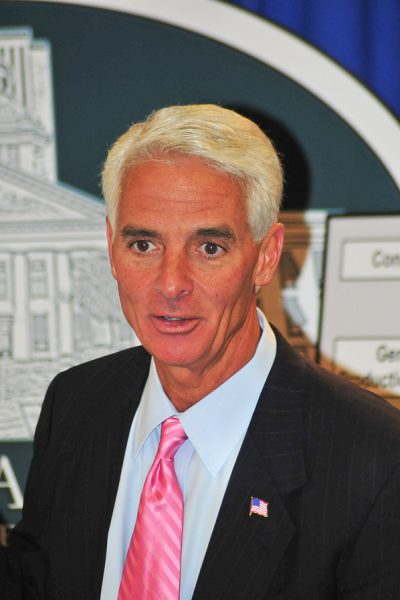 Charlie is the son of Nancy (Lee) and Charles Joseph Crist. He was raised in St. Petersburg, Florida.

Charlie’s maternal grandfather was Warren Allen Lee (the son of Walter James Lee and Flora Elizabeth Myers). Warren was born in Pennsylvania. Walter was the son of Warren S. Lee and Elizabeth Anna Keagy. Flora was the daughter of Allen S. Myers and Lucie E. Shaw.

Charlie’s maternal grandmother was Margaret Theodosia Rich (the daughter of Percy Norman Rich and Harrietta Hunter). Margaret was born in Pennsylvania. Percy was the son of Thomas Leander Rich and Theodosia Moran. Harrietta was the daughter of Matthew Simpson Hunter and Ellen Cherry Barr.