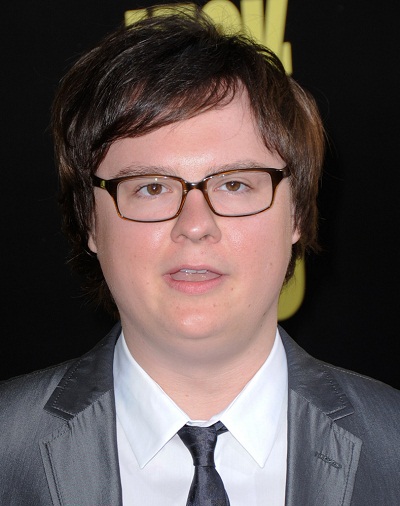 Clark Duke is an American actor. He was raised in the Southern Baptist faith. His brother is actor Chandler Duke.

Clark’s patrilineal line traces back to John Duke, who was born in County Kent, England, in the first half of the 1600s. Clark’s roots include English, Scots-Irish/Northern Irish, German (one of his great-great-grandfathers, Abraham B. Thiessen, was from a family of ethnic Germans living in Russia, and he also has other German ancestry), Swiss-German, Irish, Scottish, and Welsh.

Clark’s paternal grandfather is Ronald C. Duke, Sr. (the son of Hilmon/Hilman H. Duke and Jewel Pauline West). Hilmon was the son of William Zachie Duke and Nora Izora Herring. Jewel was the daughter of Ira Claudzell/Clanze/Clans West and Cora A. Horn.

Clark’s paternal grandmother is Retha Annette Thiessen (the daughter of Glen Thiessen and Retha Iola Carney). Glen was the son of Abraham B. Thiessen, whose parents were ethnic Germans from South Russia, and of Laura Jane Miller. Retha was the daughter of Gilbert Cheney Carney and Anna Elma Miller.

Clark’s maternal grandfather was Calvin C. Horn (the son of Ottis Faye Horn and Lula Mae Robbins). Calvin was born in Arkansas. Ottis was he son of Calvin Jerrett Horn and Temperance Josephine Welch. Lula was the daughter of Thomas Clayton Robbins and Hattie F. Ralston/Roston.

Sources: Genealogy of Clark’s paternal great-grandfather, Hilmon/Hilman H. Duke (focusing on his own father’s side) (through Hilmon’s sister) – http://worldconnect.rootsweb.ancestry.com

Genealogy of Clark’s maternal grandfather, Calvin C. Horn (focusing on his own mother’s side) – http://www.findagrave.com