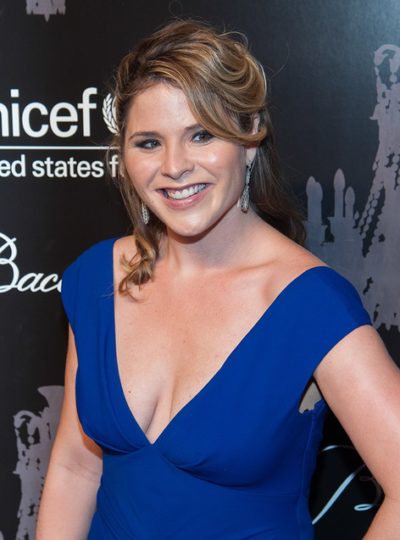 Jenna Bush Hager is an American teacher, author, and journalist.

Jenna’s father is largely of English ancestry, with some German roots, and a small amount of Scottish, Scots-Irish/Northern Irish, Welsh, Irish, French, Dutch, Swedish, and Belgian [Flemish], and 1/256th Moravian, ancestry. Jenna’s mother is of English, one eighth French, and distant Swiss-German and German, descent.

Jenna’s paternal grandfather was George Herbert Walker Bush (the son of Prescott Sheldon Bush and Dorothy Wear Walker). President Bush was born in Milton, Norfolk, Massachusetts. Prescott was a politician and banker, who served as a U.S. Senator from Connecticut, from November 4, 1952 to January 3, 1963. Prescott was the son of Samuel Prescott Bush and Flora Sheldon. Dorothy was the daughter of George Herbert “Bert” Walker, a prominent banker and businessperson, and of Lucretia “Loulie” Wear.

Jenna’s paternal grandmother was Barbara Pierce (the daughter of Marvin Pierce and Pauline Robinson). Barbara was born in Flushing, Queens, New York. Marvin was the president of McCall Corporation, a publisher of women’s magazines McCall’s and Redbook. He was the son of Scott Pierce, whose father was born in Swanzey, Cheshire, New Hampshire and whose mother was born in Zweizel, Bavaria, Germany; and of Mabel Marvin. Pauline was the daughter of James Edgar Robinson and Lulu/Lula Dell Flickinger.

Some notes on the Moravian roots of Jenna Bush Hager – http//www.svu2000.org