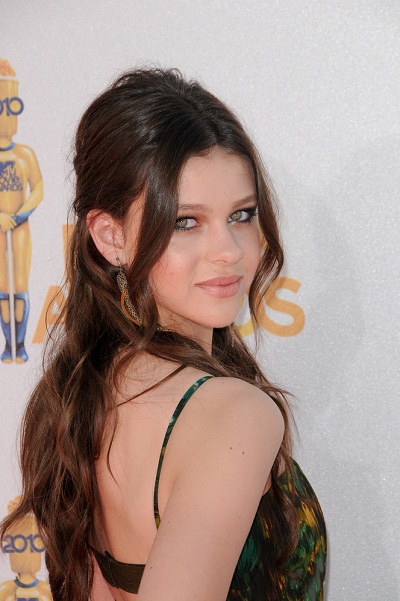 Nicola Peltz is an American actress. Her roles include Transformers: Age of Extinction, Bates Motel, Our House (2018), and the Avatar: The Last Airbender film. She is the daughter of Claudia, a model, and Nelson Peltz, a businessman and philanthropist. Among her siblings are actor Will Peltz and hockey player Brad Peltz. Nicola is married to English photographer Brooklyn Beckham.

Nicola’s father is from an Ashkenazi Jewish family, of Austrian Jewish and Russian Jewish descent. Nicola’s mother has Italian, as well as German, Welsh, and English, ancestry. Nicola’s family practices Judaism (it is possible that her mother converted to Judaism). In a 2007 obituary of Nicola’s paternal grandmother, The New York Times described Nicola’s parents as “compassionate leaders of the New York Jewish community.”

Nicola’s paternal grandfather was Maurice Herbert Peltz (the son of Adolph Peltz and Rebecca Kroudvird). Maurice was born in New York, to Austrian Jewish parents. Adolph was the son of Morris Peltz and Shifra Rosen. Rebecca was the daughter of Solomon Kroudvird and Gertrude Weiss.

Nicola’s paternal grandmother was Claire Wechsler (the daughter of Nathan Wechsler and Lena Birdy). Claire was born in New York, to an Austrian Jewish father and a Russian Jewish mother.