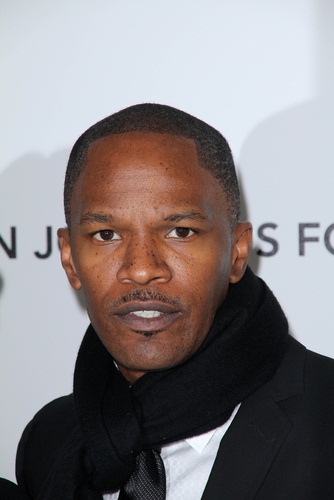 Fox in 2011, image via s_bukley / Shutterstock.com

Jamie Foxx is an American actor, singer, songwriter, and comedian. He won the Academy Award for Best Actor for Ray (2004).

Jamie is the son of Louise Annette Talley Dixon and Darrell Bishop, who changed his name to Shahid Abdula after his conversion to Islam. Both his parents are African-American.

Jamie was adopted and raised by his maternal grandparents, Estelle Marie (Nelson) and Mark Talley, who had previously also adopted his mother.

He has frequently credited his grandmother’s influence as a large motivating factor in his life, and a reason for his success.

He grew up in the black quarter of Terrell, which at the time was a racially segregated community.

He has two children, including model and actress Corinne Foxx.