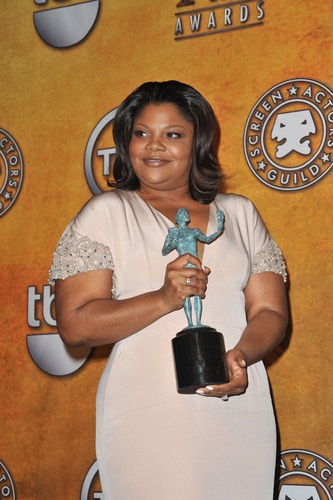 Mo’Nique is an American actress, comedian, and television show host. She won the Academy Award for Best Supporting Actress for Precious (2009). She was the host of The Mo’Nique Show from 2009 to 2011.

Mo’Nique is the daughter of Alice and Steven Imes, Jr. She is married to Sidney Hicks. She has a son with her former husband Mark Jackson; and two children with Sidney.

Mo’Nique’s paternal grandfather was Steven Imes, Sr. (the son of Thomas Henry Imes and Laura V. Sayles). Steven was born in Maryland. Thomas was the son of William H. Ijams and Amelia.

Mo’Nique’s paternal grandmother was Lilian Rodgers (the daughter of Will Rodgers).