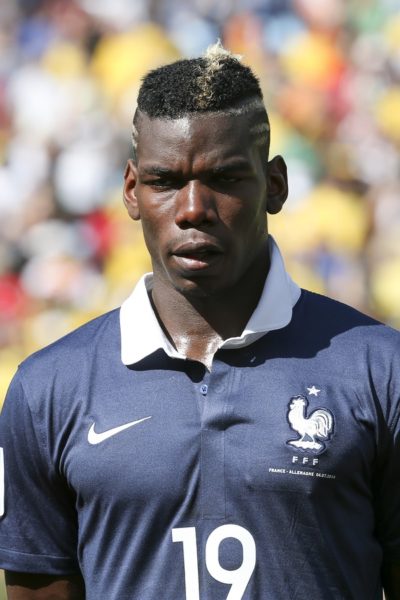 Pogba in 2014, photo by Celso Pupo/Bigstock.com

Paul Pogba is a French professional footballer. He plays as midfielder, and is considered one of the most talented individuals in European football, playing for Manchester United and the France national team.

Paul was born in France, to a family from the West African nation of Guinea, with origins in villages in Guinée Forestière. He is the son of Moriba and Fassou Antoine. His father’s birth surname was Hébélamou, and Pogba is a nickname. Paul is married to Bolivian model Maria Zulay Salaues, with whom he has two children. His father is Christian and his mother is Muslim. Paul is a convert to Islam.