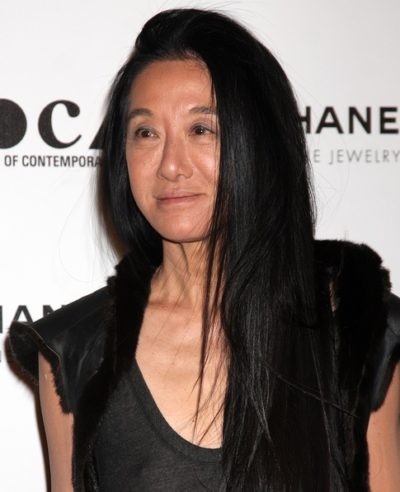 Wang in 2010, photo by kathclick/Bigstock.com

Vera Wang is an American fashion designer. Her parents, Florence Wu (Wu Chifang) and Cheng Ching Wang (Wang Chengqing), were Chinese. Her father owned a medicine company and her mother was a U.N. translator.

Her maternal grandfather was Fengtian clique warlord Wu Junsheng. Junsheng was killed by the Empire of Japan in the Huanggutun incident in 1928.

She has two daughters, who are adopted, with her husband, investor and real estate developer Arthur P. Becker.