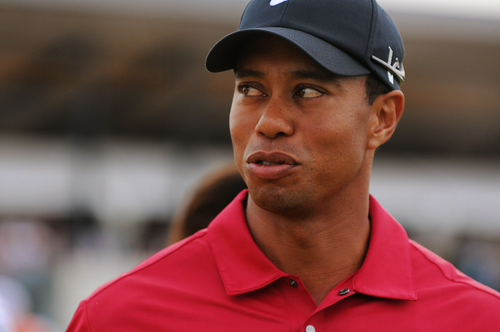 Tiger’s father, Earl Dennison Woods, an infantry officer, baseball player, and writer, was born in Manhattan, Kansas, to African-American parents. Various family rumors have stated that Tiger’s father had Native American and/or Chinese ancestry. It is not clear if this ancestry has been verified/documented. Tiger’s father’s recent ancestors are all listed as “Black” on U.S. censuses.

Tiger is a practicing Buddhist.

His niece, Cheyenne Woods, is also a professional golfer.

Tiger’s paternal grandfather was named Miles Woods (the son of Katherine “Kate” Hickman). Miles was born in Louisiana. Kate was the daughter of Henry Hickman and Elizabeth “Eliza.”

Tiger’s paternal grandmother was named Maude E. Carter (the daughter of Lewis/Louis Carter and Hattie). Maude was born in Kansas. Lewis was the son of Valentine Carter and Amanda.

Genealogy of Tiger Woods (focusing on his father’s side) – https://www.geni.com