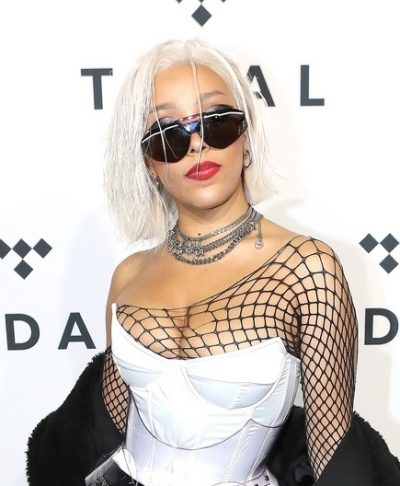 Her father, Dumisani Dlamini (Dumisani Wiseman Dlamini), is a black South African actor, composer, dancer, and film producer. He is from Durban, and is of Zulu background. He co-starred in the film Sarafina! (1992).

Her mother, Deborah Elizabeth Sawyer, is a white American artist. She was known as Ishwari while she lived in a Hindu ashram.

I’m Jewish, my grandma’s Jewish, she’s white, and she was never exposed to music like that until she started meeting people and was like, wow I really love this. Once she had me, she would play a lot of Erykah Badu, a lot of Fugees, and Jamiroquai and Seal, Earth, Wind, & Fire, Alice Coltrane, a lot of stuff like that…

It is not clear if Doja Cat’s maternal grandfather is Jewish, as well.

Doja Cat was raised partly in Rye, New York, and then in Oak Park, California.