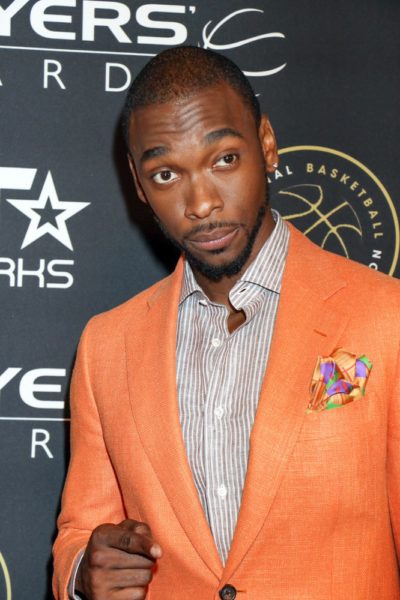 Pharoah in 2015, photo by Prphotos

Jay Pharoah is an American actor, stand-up comedian, and impressionist. He was a cast member of the show Saturday Night Live.

Jay’s paternal grandfather was Hallet W. Farrow (the son of Leamon W./F. Farrow and Lizzie Bell Credle). Hallet was born in North Carolina. Leamon was the son of Mingo Farrow and Cassandra “Cassie Ann” Spencer. Lizzie was the daughter of Alfred Credle and Mary Ann Gibbs.

Jay’s maternal grandparents likely are named George May and Frances.