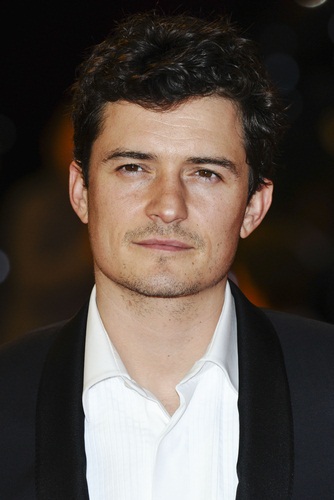 Orlando Bloom is an English actor. His roles include the Lord of the Rings and Pirates of the Caribbean films, as well as Ned Kelly (2003), Troy, Kingdom of Heaven, Elizabethtown, New York, I Love You, and The Three Musketeers (2011), among other works.

Orlando’s mother, Sonia Constance Josephine (Copeland), was born in Calcutta, India, and is of English, with some Scottish and Northern Irish, descent. Orlando was raised believing that his legal father, Harry Bloom, was also his biological father. Harry was a Jewish South African journalist and novelist. During his teens, Orlando was told by his mother that his biological father is Colin Stone, who is English. Harry and Sonia, who together could not have biological children, had agreed that Colin would father Orlando.

Orlando has a son with his former wife, Australian model Miranda Kerr; and a daughter with his fiancée, American singer and songwriter Katy Perry.

Orlando’s maternal grandfather was Francis John Copeland (the son of Isaac Copeland and Mary Cairns). Francis likely was born in Belfast, Ireland, and was a physician and surgeon. Isaac was the son of John Copeland and Mary Ann/Anne Cowan, and was of Northern Irish descent. Orlando’s great-grandmother Mary was the daughter of Samuel Cairns, who was born in Kelso, Roxburghshire, Scotland, and of Isabella/Isabel Scott.

Orlando’s maternal grandmother was Betty Constance Josephine Walker (the daughter of Frederic/Frederick Percy Walker and Iris Mary Constance Good). Frederic was born in Calcutta, India, the son of Frederic/Frederick Walker, who was born in Tasmania, Australia or Calcutta, to English parents; and of Eva Isabella Connew/Conneu, who was born in Calcutta, to an English father, and to a mother who was of at least part Scottish ancestry. Orlando’s great-grandmother Iris was born in Edmonton, Middlesex, England, the daughter of Arthur Madgewick Good and Jessica/Jessie Louisa Foley. Some of Orlando’s ancestors had been born in Assam, India, as well as Tasmania and Melbourne, Australia, and were of English/British Isles descent.