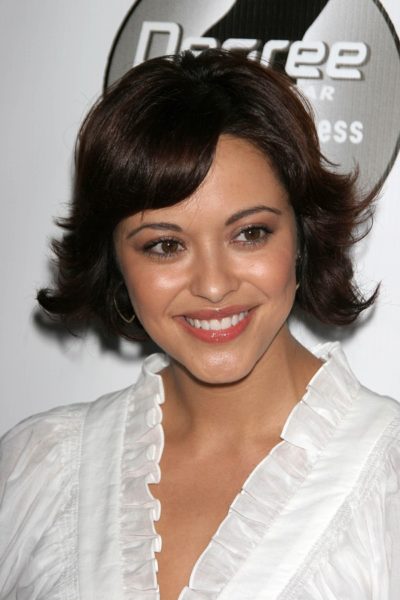 Ramirez in 2006, photo by s_bukley/Bigstock.com

Marisa Ramirez is an American actress. She is the daughter of Francine and Raymond Ramirez. She has a daughter.

Her father is of Mexican descent. One of her maternal great-grandfathers was also of Mexican origin; her mother’s other ancestry is Scottish, Scots-Irish/Northern Irish, German, and possibly or likely English, Irish, and French. Marisa has also mentioned having Native American ancestry. It is not clear if this Native American ancestry has been verified/documented, although Marisa may certainly have Indigenous American roots through her Mexican lineage.

I am Mexican, American Indian, and Irish. I was born and raised in East LA… I think there could be some improvements [in roles offered to Latina actresses]. A lot of roles are still the typical Latina with an accent who has three kids at home. I’m a woman of color. You don’t need to know what color it is or pigeonhole it. We need more Latinas being portrayed as leading women, not just Jennifer Lopez. I can be Mrs. Smith, not just Mrs. Ramirez. I want to be able to audition for everything.

Marisa’s maternal grandfather was Harold Hugh Maguire (the son of Clyde Jefferson Maguire/McGuire and Mary Emma Cruse). Harold was born in Arkansas. Clyde was the son of William A. McGuire and Rena G. Gollaher. Rena’s mother, Eliza Jane Dunlap, may have been a Cherokee Native American; though census records list her as “white.” Marisa’s great-grandmother Mary Emma was the daughter of Alexander C. Cruse and Lucy Crawford.

Profile by Fuzzybear and Madman