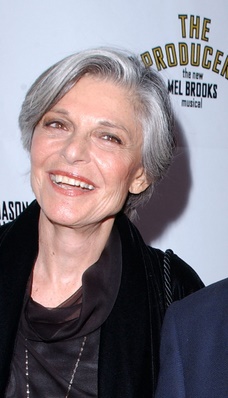 Bancroft in 2003, photo by Prphotos

Anne Bancroft was an American actress. She won the Academy Award for Best Actress for The Miracle Worker (1962).

Her parents, Carmella “Mildred” (Di Napoli) and Michael Italiano, were born in New York. All of her grandparents were Italian immigrants. Anne was married to director/writer/actor Mel Brooks, until her death. Their son is author and screenwriter Max Brooks.

Anne’s paternal grandfather was Luigi/Louis Italiano (the son of Nicola Maria Italiano and Rosaria Tanaro). Luigi was from Benevento, Campania.

Anne’s paternal grandmother was Guana/Giovina/Giovanna/Julia Reale (the daughter of Antonio Reale and Grazia Zolla). Guana was from Benevento.

Anne’s maternal grandfather was Antonio Di Napoli/DiNapoli (the son of Giuseppe Maria DiNapoli and Mariantonia Margiotta). Antonio was born in Muro Lucano, Province of Potenza, Basilicata. Giuseppe was the son of Antonio DiNapoli and Felicia Maria Vitiello. Anne’s great-grandmother Mariantonia was the daughter of Pietrantonio Margiotta and Angelamaria Marolda.

Genealogy of Anne Bancroft (focusing on her mother’s side) – https://www.findagrave.com