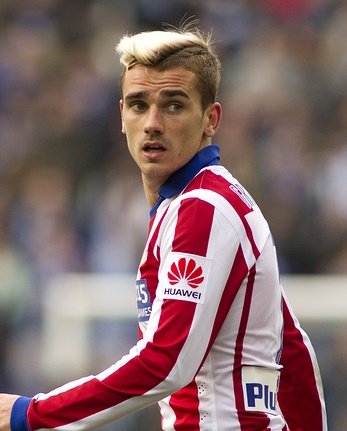 Griezmann in 2015, photo by Maxisports/Bigstock.com

Antoine is the son of Isabelle and Alain Griezmann. His father is of at least part German descent. His mother is of Portuguese ancestry; her family is from Paços de Ferreira.

Antoine never played professional football in his home country, since he was fourteen when he left France for the academy at Real Sociedad, the Spanish football club based in the city of San Sebastián, Basque Country. Because of this, in France he is regarded as more Spanish than French by the local press.

Antoine is married to Erika Choperena, who is from Basque country in Spain. The couple has two children.