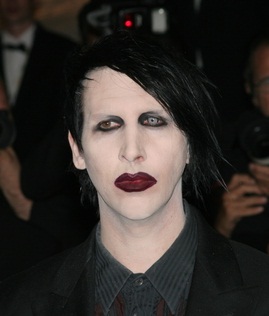 Marilyn is the son of Barbara Jo (Wyer) and Hugh Angus Warner. His father is a Catholic and his mother is Episcopalian.

Marilyn has said that he has Sioux Native American ancestry on his mother’s side. It is not clear if this ancestry has been verified/documented.

Marilyn’s paternal grandmother was Beatrice Frieda/Freda Frank (the daughter of LeRoy Philip Frank and Julietta/Julitta Evelyn Michel). Beatrice was born in Ohio. Leroy was the son of Edward Frank and Katherine/Catherine Haidet. Julietta was the daughter of Henry Michel and Sophia E. Smith.

Marilyn’s maternal grandfather was Allie Dee Wyer (the son of William Alexander Wyer and Martha Frances Curry). Allie was born in West Virginia. William was the son of James C. Wyer and Sarah Susanna Snider. Martha was the daughter of Charles Alexander Curry and Permelia A. Westfall.

Genealogy of Marilyn Manson (focusing on his father’s side) – http://www.wargs.com