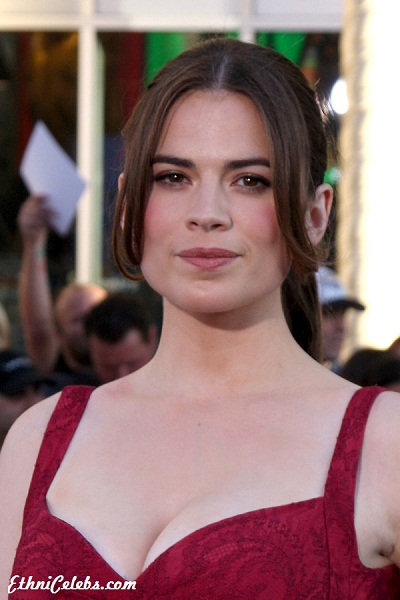 Atwell in 2011, image via kathclick/Bigstock.com

Ethnicity: English, Irish, some German and Scottish, possibly other

Hayley Atwell is a British and American actress. She is known for her roles in the films Brideshead Revisited and Captain America: The First Avenger, and the series The Pillars of the Earth and Agent Carter.

Hayley was born in London, the only child of Allison (Cain) and Grant Atwell. Her mother is English, and also has Irish ancestry.

Hayley’s father, an American, is from Missouri, and has English, Irish, German, and Scottish ancestry. He is also said to be of part Native American descent. His Native American name is Star Touches Earth, and he is a shaman.

It is not clear if this Native American ancestry has been verified/documented. Hayley’s paternal grandparents and great-grandparents are all listed as “White” on U.S. Censuses.

A picture of Hayley’s father can be seen here.

Genealogy of Hayley Atwell (focusing on her mother’s side) – https://www.geni.com