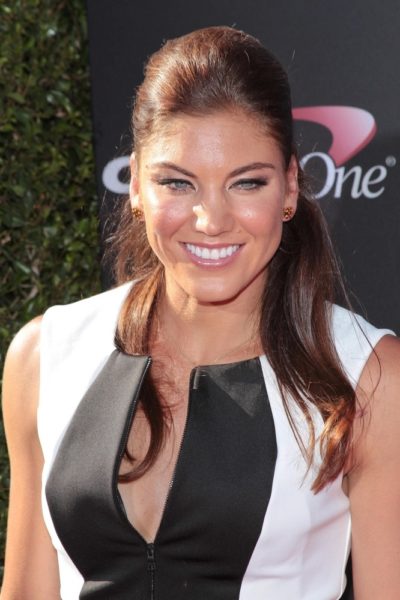 Hope Solo is an American soccer goalkeeper. She has represented the U.S. in the Olympics and the World Cup.

Hope is the daughter of Judy and Jeffrey Solo, a Vietnam War veteran. The name Solo means “only” or “alone” in Italian.

Hope’s maternal grandfather was Pressley Franklin “Pete” Shaw (the son of Lester Wilson Shaw and Beulah Madge Pool). Pressley was of English and German descent. Lester was the son of Pressley Wilson Shaw and Ada Fidelpha/Phildelphia Kimberlin. Beulah was the daughter of Charles Franklin Pool and Essie May Rawlinson.