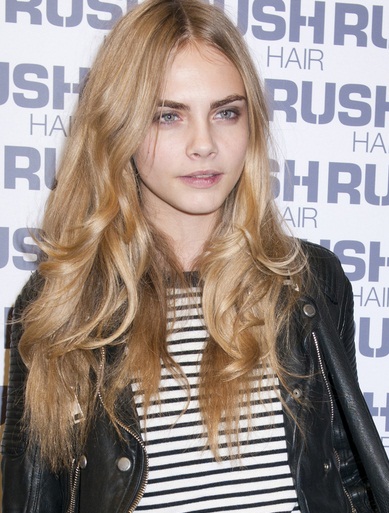 Delevingne in 2011, photo by PrPhotos

Cara Delevingne is an English model, actress, and singer. She has starred in the films Paper Towns and Valerian and the City of a Thousand Planets.

She is the daughter of Pandora Anne (Stevens) and Charles Hamar Delevingne, a property developer, and the sister of Poppy Delevingne, a model and socialite.

It appears that Cara’s patrilineal line traces back to a man named John Baptist Delevingne. The surname may originate in France, but if so, Cara’s French ancestry is distant.

Cara’s maternal grandmother was Jane Armyne Sheffield (the daughter of John Vincent Sheffield and Ann Margaret Faudel-Phillips). Jane was born in Brentford, Middlesex, England. John was the son of Sir Berkeley Digby George Sheffield, 6th Baronet, and of Julia/Julie Mary/Marie de Tuyll van Serooskerken, who was Dutch, born in The Hague, The Netherlands.