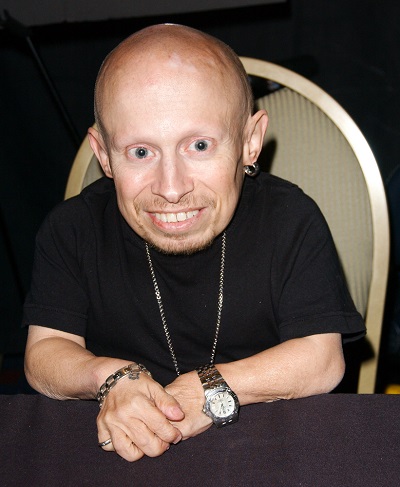 Troyer in 2010, photo by Prphotos.com

Ethnicity: German [including some Swiss-German]

Verne Troyer was an American actor, stunt performer, and comedian. While both sides of his family have lived in the United States since the 1700s, he was still of entirely German descent (including some Swiss-German). His family has an Amish background.

Verne’s patrilineal line can be traced to Nicholas Troyer, who was born, c. 1550, in Switzerland. The Troyer family lived in Trub Valley, Emmental, Canton of Bern, Switzerland.

Verne’s paternal grandfather was Reuben J. Troyer (the son of John Harrison Troyer and Susanna Yutzy). Reuben was born in Oklahoma. John was the son of Jeremiah J. Troyer and Veronica/Fannie J. Bontrager. Susanna was the daughter of Jonas R. Yutzy and Mary Miller.