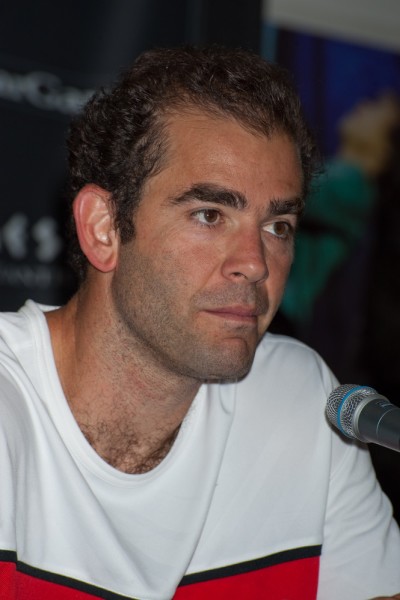 Sampras in 2010, photo by Prphotos.com

Pete Sampras is an American professional tennis player. He is regarded as one of the greatest players in tennis history. He holds the ATP record of six year-end No. 1 rankings, which were in consecutive years from 1993 through 1998.

Pete is the son of Georgia (Vroustouris) and Soterios “Sammy” Sampras. His mother emigrated from Salasia, near Sparta, Greece. His father was born in the United States, to a Greek father and an Ashkenazi Jewish mother. Pete was raised attending Greek Orthodox services. He spent his teen years in Palos Verdes, California.

Pete is married to actress, model, and singer Bridgette Wilson, with whom he has two children.

My mum came to America from Greece when she was 25, without a penny and barely able to speak the language. My dad, who is Jewish but has a Greek father, held down two jobs while I was growing up. So you could say they taught me a lot about hard work and humility.