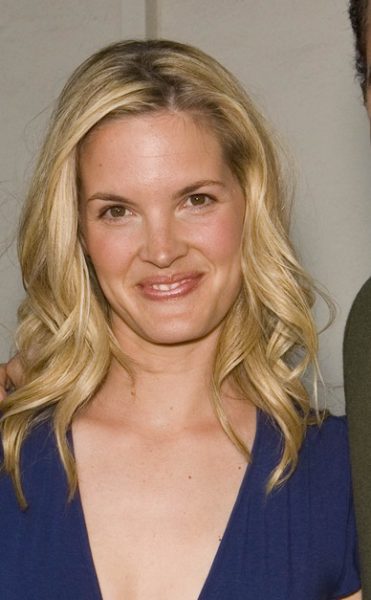 Bridgette Wilson, also credited by her married name, Bridgette Wilson-Sampras, is an American actress, singer, and model. She won Miss Teen USA 1990. She is known for her roles in the films Mortal Kombat, Billy Madison, and House on Haunted Hill, among others.

Bridgette is married to tennis player Pete Sampras, with whom she has two children.

Bridgette’s maternal grandfather is Larry Wilson (the son of Norman Wilson and Marcella Virginia Nelson). Larry was born in Oregon. Norman was born in Sunderland, Durham, England, the son of William Wilson and Mary Elizabeth Warwick. Marcella was the daughter of Harold Forrest Nelson and Della Brunetta Rachel Hahn.

Bridgette’s maternal grandmother was MaryAnn Thomas (the daughter of Roger Lee Thomas and Lucille Georgina Sanford). MaryAnn was born in Coos Bay, Oregon. Roger was the son of Eugene Thomas and Maud/Maude F. Hanson, whose own father was Swedish. Lucille was the daughter of George Wallace Sanford and Hilda Charlotte Peterson, whose own parents were Swedish.