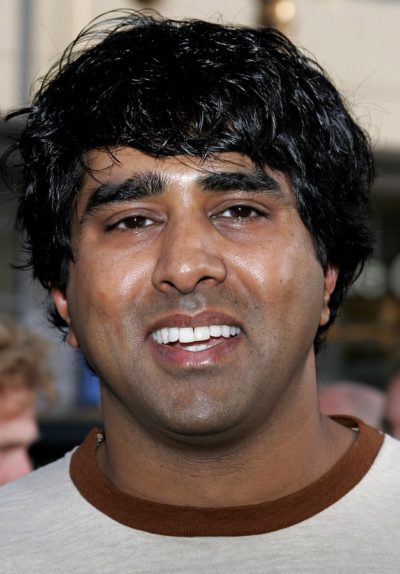 Chandrasekhar in 2006, photo by Starfrenzy/www.bigstockphoto.com/

Jay Chandrasekhar is an American comedian, film director, screenwriter, and actor. He is a member of the comedy troupe Broken Lizard, along with Kevin Heffernan, Steve Lemme, Paul Soter, and Erik Stolhanske.

Jay is the son of Hema and Arcot Jambulingam “AJ” Chandrasekhar. His parents are Indian emigrants, from Chennai, of Tamil origin. His cousin is actor Sendhil Ramamurthy. He is married to actress Susan Clarke, with whom he has three children.