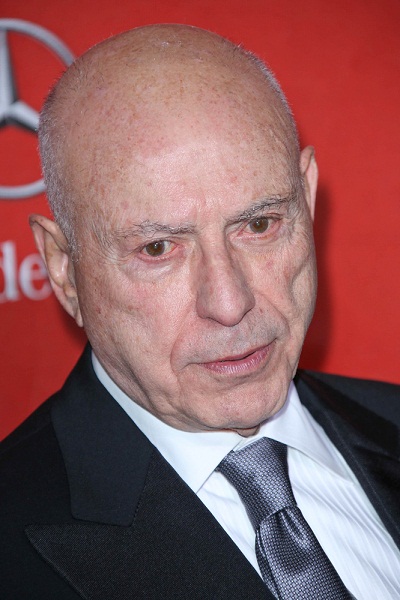 Alan is the son of Beatrice, a teacher, and David I. Arkin, a teacher, painter, lyricist, and writer. He is from a Jewish family. They emigrated from Russia and Alsace-Lorraine.

Alan’s paternal grandmother was named Fannie/Freeda Krinski/Krimski (the daughter of Shaia Krinsky, and Sher). Fannie was a Russian Jewish emigrant, from Walkevisk.

Alan’s maternal grandfather was Harry Wortis (the son of Zev Wolf Wortis and Rosa Weintrop). Harry was a Jewish emigrant from Russia. Zev was the son of Simcha Fortis and Bathia Weintraub.

Alan’s maternal grandmother was Selina Brunswick (the daughter of Isaac Brunswick and Rosine/Louise Bloch/Block/Black). Selina was a Jewish emigrant from Alsace-Lorraine. Isaac was the son of Corneille Brunschwig and Jeanette Grumbach. Rosine was the daughter of Joseph Bloch and Marguerite Katz.

Sources: Genealogy of Alan Arkin (focusing on his father’s side) – https://www.geni.com