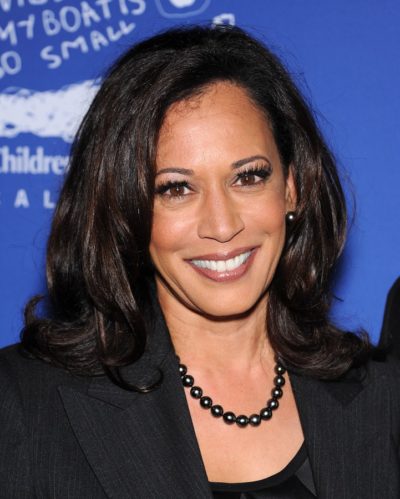 She was Time Magazine’s Person of the Year for 2020 (sharing the award with her presidential nominee Joe Biden).

Vice President Harris’s maternal grandfather was named Painganadu Venkataraman “P. V.” Gopalan (the son of Venkataraman Iyer and Seethalaksmni/Seethalakshmi). P. V. was born in Thulasendirapuram, Madras Presidency, British India, present-day Mannargudi, Tamil Nadu, India, and was a diplomat for India. He was from a Tamil Brahmin family. Venkataraman was the son of Krishna Iyer and Ahilandeswari Krishnaiyer.

Vice President Harris’s maternal grandmother was named Rajam (the daughter of Meenakshi Ayyar). Rajam was born in Painganadu, Mannargudi. Meenakshi was the daughter of Natesa Ayyar and Janaki.

Vice President Harris is one of three people who were at least partly raised in the Hindu faith to have run for a major party’s presidential nomination. Bobby Jindal, who sought the Republican Party’s 2016 nomination, and Tulsi Gabbard, who also sought the Democratic Party’s 2020 nomination, are the others. Of the three, only Tulsi is a practicing Hindu.