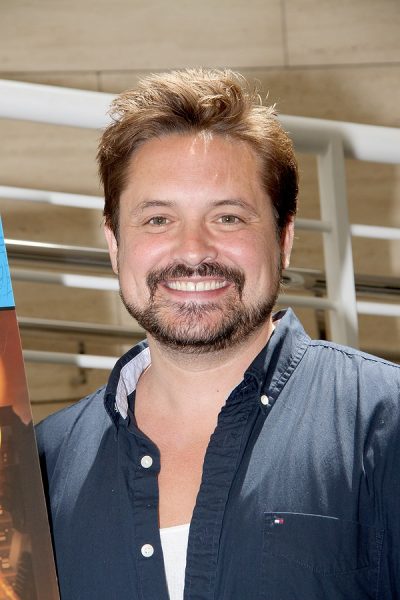 Friedle in 2016, photo by cvanwagoner/bigstock.com

Will Friedle is an American actor, voice actor, comedian, and writer. He is known for his role on the series Boy Meets World.

He is married to Susan Martens.

Will’s paternal grandfather was George Allen Friedle (the son of Sam/Samuel Friedle and Margaret Reydel/Routher/Reister). George was born in New York. Sam was born in Russia, the son of Jewish parents, Bernard Friedle and Victoria Ginisburg, who are listed as Yiddish-speakers on the 1920 U.S. Census. Will’s great-grandmother Margaret was born in Germany, and was likely from a Lutheran family.

Will’s paternal grandmother was Edna Maud Alethia Curtin (the daughter of Valarie Violet Maud Curtin). Edna was born in Crossroads, Saint Andrew, Jamaica, and moved to New York as a child. She was listed as “white” on U.S. Censuses. Her father was likely a Sephardi Jew. Her mother Valarie was the daughter of Nigel Hannaford Curtin and Amelia Georgiana Burnett. Amelia was listed as “coloured” on her baptismal record. It appears that her father, Charles Barrow Burnett, was black, and her mother, Rosanna Delisser, was of Sephardi Jewish and Irish descent.

Will’s maternal grandfather was William G. Leary (the son of Timothy E. Leary and Nora Bradley). William was born in Hartford, Connecticut. Timothy was Irish. Nora was the daughter of Irish parents, Patrick Bradley, from Clare, and Nancy Hayes.

Will is a fourth cousin, three times removed, of Chris Blackwell of Island Records, through their shared ancestors Alexandre Elisha Lindo and Hannah. Alexandre and Hannah were Sephardi Jews.