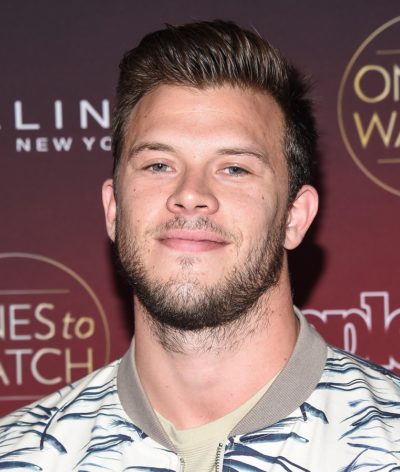 Tatro in 2017, photo by DFree/www.bigstockphoto.com/

Jimmy Tatro is an American actor, comedian, writer, and Youtube personality. He is known for his Youtube channel LifeAccordingtoJimmy.

Jimmy is the son of Maria and Scott Tatro.

Jimmy’s paternal grandfather was Richard David “Dick” Tatro (the son of Edward Joseph Tatro and Corinne/Carine M. Gallopini/Gallopina). Richard was born in New York. Edward was the son of David Trato/Tetreau/Tetrault, whose parents were from Iberville, Québec, Canada, and of Mathilda “Tillie” Gévrie/Javery, who was French-Canadian herself. Corinne was the daughter of Albert/Anton Gallopini, who was from Trieste, Austria (now Italy), and of Ernestine Catozzi, who was also Italian.