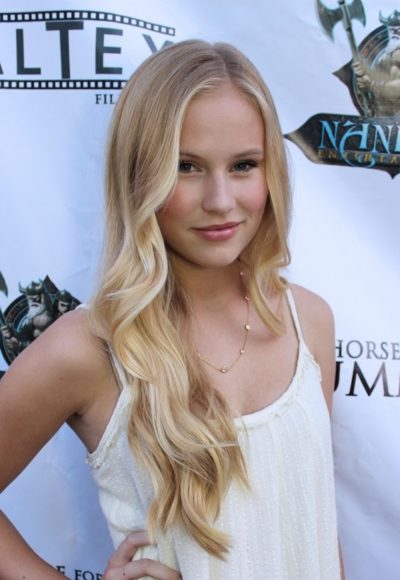 Danika Yarosh is an American actress.

Danika’s paternal grandmother was Irene Rempter (the daughter of Walter Rempter and Helen Teclaw). Irene’s family was from Kostopil, Ukraine.

Danika’s maternal grandfather was Donald Joseph Friedman/Freeman (the son of Joseph Friedman/Freedman/Freeman and Ruth Alberta Metz). Donald was born in New York. Danika’s great-grandfather Joseph was born in New York. His father, Ignatz Moses Friedman, was a Jewish emigrant, who was born in Borsod-Abauj-Zemplen, Hungary, the son of Salamon. Joseph’s mother, Danika’s great-great-grandmother Teresa Elizabeth Angelica, was Italian. Danika’s maternal great-grandmother Ruth was the daughter of Irving Julius Metz, who was of German descent, and likely of the Lutheran faith; and of Josephine F./M. DeRevere, whose own parents were George W. DeRevere, who had Dutch, French, and Irish ancestry, and Amanda C. Nelson, who was Swedish.