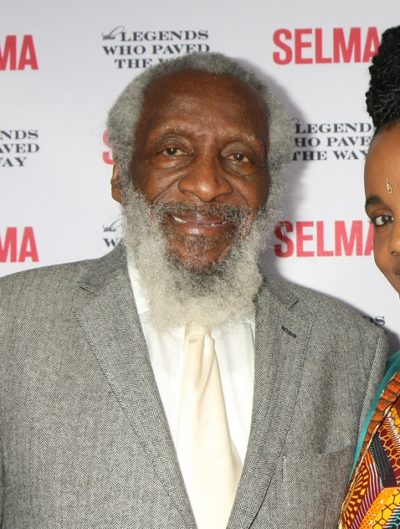 Gregory in 2014, photo by kathclick/Bigstock.com

He was a write-in candidate for President of the United States for the Freedom and Peace Party in 1968.

He was the son of Lucille Franklin and Presley Eugene Gregory. He was married to Lillian Smith, with whom he had eleven children.

Dick’s paternal grandfather was Riley Gregory (the son of Tom Gregory and Millie Tyler). Riley was born in Tennessee.

Dick’s maternal grandmother was Nellie Council (the daughter of Edward Council and Ellen/Ella Gilbert). Nellie was born in Mississippi. Edward was the son of Troy Council and Sarah. Ellen was the daughter of James Gilbert and Ella Smith.

Genealogy of Dick Gregory (focusing on his mother’s side) – https://www.geni.com