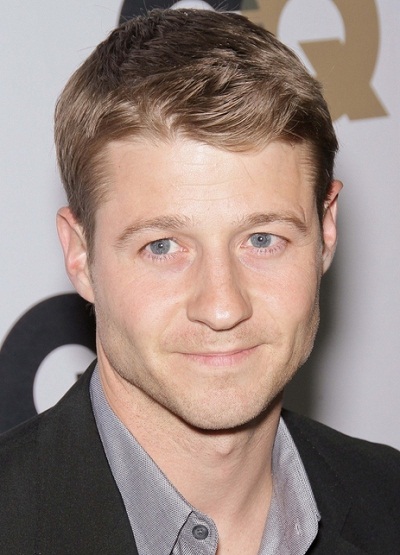 McKenzie in 2011, photo by Prphotos

Ben McKenzie, also billed as Benjamin McKenzie, is an American actor and producer. He is known for starring on the series The O.C., Southland, and Gotham, and in the film Junebug.

Ben is the son of Frances (Victory), a poet, and Pieter Meade Schenkkan, an attorney. His uncle (father’s brother) is playwright and screenwriter Robert Schenkkan. Ben is married to actress Morena Baccarin, with whom he has two children.

Ben’s paternal grandfather was from a Dutch Jewish family, and had both Ashkenazi and Sephardi ancestry, including more distant German Jewish, English Jewish, French Jewish, Italian Jewish, Iranian Jewish, and Polish Jewish, ancestors. However, Ben’s grandfather was probably raised a Catholic; his own parents, Ben’s great-grandparents, likely converted from Judaism to Catholicism. The rest of Ben’s ancestry is English, with a smaller amount of Scottish.

Ben’s patrilineal line can be traced to Abraham Juda Schenkkan-Levie, who was born, c. 1781, in Amsterdam, the Netherlands, and to Abraham’s parents, Juda Eliaser Levie and Roosje Isaac, who were born in Stuttgart, Germany.

Ben’s paternal grandfather was Robert Frederic “Bob” Schenkkan (the son of Jozef/Joseph Schenkkan and Flora/Flortje Josephine/Josefina Van Der Zyl/Zijl). Robert was born in New York. Jozef and Flora had immigrated from Amsterdam, the Netherlands, and were both from Dutch Jewish families (with Ashkenazi, as well as some Sephardi, ancestry). Joseph was the son of Levie Hyman Schenkkan and Roosje Ensel. Flora was the daughter of John/Izak/Isaac Van Deziel/der Zijl and Anna Eva/Theresia Wolf. Joseph and Josephine may have converted to Catholicism in either the Netherlands or in the United States; though they were both born Jewish, their children were evidently raised Catholic (one of their daughters had become a nun).

Sources: Genealogy of Ben McKenzie (focusing on his father’s side) – https://www.geni.com