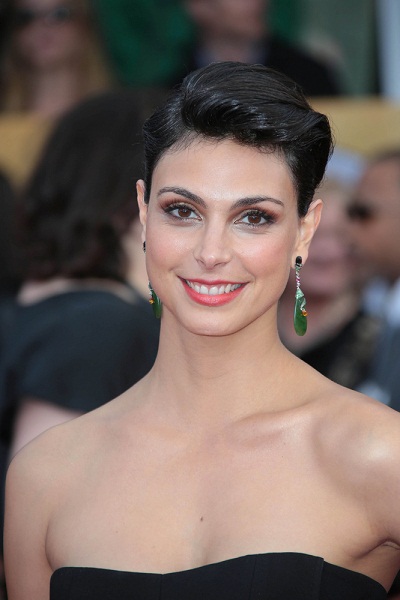 Baccarin in 2013, photo by Prphotos

Morena Baccarin is a Brazilian-born actress. Her roles include Homeland, Deadpool, and Greenland. She is the daughter of Fernando Baccarin, a journalist, and Vera Setta (Vera Lúcia Setta), an actress. Her father is of half Italian and half Lebanese descent, and her mother is of half Italian and half Brazilian [Portuguese, likely African] ancestry. Her uncle was actor Ivan Setta. She moved with her family to New York during her childhood, because of her father’s career.

Morena is married to actor Ben McKenzie. She has a son with her former husband, producer and director Austin Chick; and two children with Ben.

Her great-uncle is theatre director Amir Haddad. She started acting as a child in his television specials.

Morena’s paternal grandmother was Nair Haddad (the daughter of Jorge Abrahão Haddad and Nacima/Nassima Camilo Abrahão). Nair was born in Minas Gerais, to an Arab family. Jorge was born in Syria, likely now modern-day Lebanon. Nacima was born in Brazil, to parents from Syria, now Lebanon. The Haddads were originally from Beirut.