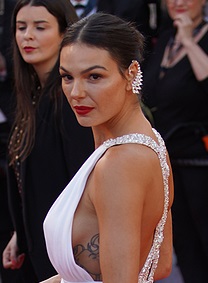 Valverde in 2019, photo by Denis Makarenko/Bigstock.com

Isis Valverde is a Brazilian actress.

She is married to André Resende, with whom she has one child.

Isis’ great-great-grandfather Francisco Antonio Arnaut’s line can be traced to Manoel Corrêa Arnaut, who was born, c. 1724, in Lisbon, Portugal. Manoel is said to have had some English ancestry through a man named William Arnold, who moved to Portugal.