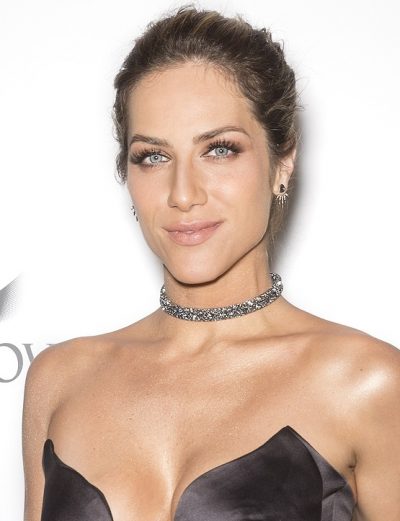 Ewbank in 2016, photo by excelentphoto/Bigstock.com

Ethnicity:
*father – Italian
*mother – Brazilian [Portuguese, possibly other], as well as at least one eighth Spanish, one eighth Italian, and 1/32 English

Giovanna Ewbank is a Brazilian actress, model, and television presenter.

Her father is of Italian descent. Her mother is Brazilian, and has Portuguese, Spanish, Italian, some English, and possibly other, ancestry. One of her ancestors, Joseph March Ewbank, was an English emigrant, originally from Barnard Castle, County Durham, North East England.

Her brother is artist Gian Luca Ewbank. She is married to actor Bruno Gagliasso, with whom she has three children.