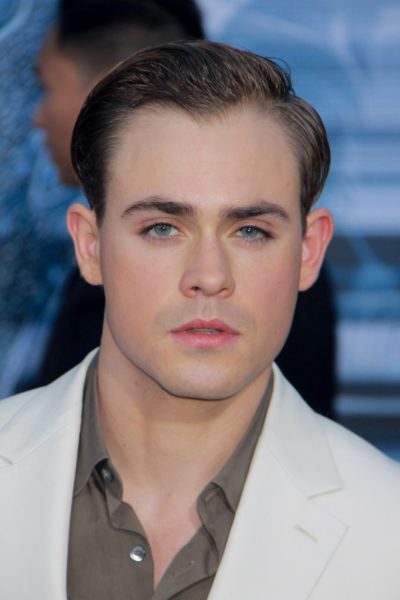 Montgomery in 2017, photo by Prphotos

Dacre Montgomery is an Australian actor and podcaster. He played Jason, the Red Ranger, in the film Power Rangers (2017), and is also known for his role on Stranger Things and for starring in the film The Broken Hearts Gallery.

His father, Scott Montgomery-Harvey, is from New Zealand. His mother, Judith (Barrett-Lennard), is the daughter of Australian parents, and has lived in Australia and Canada.

Dacre is descended from Lords, Barons, and Viscounts, including Barons of Dacre and Lords Dacre, which is likely the origin of his first name. The Baronship Dacre traces back to 1321, when Ralph Dacre became Lord Dacre. Dacre is also the great-great-great-grandson of Australian farmer and politician Edmund Ralph Brockman, originally from Kent, England, whose own father, William Locke Brockman, was an early settler of Western Australia.

Dacre’s maternal grandfather is Dr. Godfrey Trevor Barrett-Lennard (the son of George Graham Belhus Barrett-Lennard and Maud Gladys Hastings Hester). Dr. Godfrey is a psychologist. George was the son of George Hardey/Hardy Barrett-Lennard and Amy Brockman, whose mother was from Edinburgh, Lothian, Scotland. Maud was the daughter of Godfrey William Hester, whose parents were of English origin, and of Mary Evangeline Sweeting, whose parents were English, her father from Dorset and her mother from Newmarket, Cambridgeshire.

Though his descent from Charles II, Dacre is a distant cousin of English actor Kit Harington and Scottish actress Rose Leslie, who are also descended from Charles II.

Genealogy of Dacre’s maternal grandfather, Dr. Godfrey Trevor Barrett-Lennard (focusing on his own father’s side) – http://www.angelfire.com