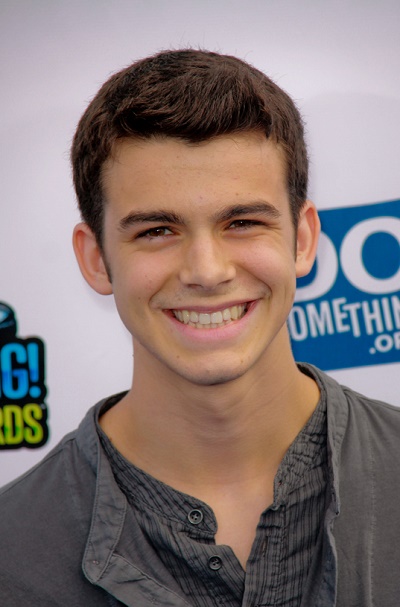 Joey Pollari is an American actor and musician. He releases music under the name Odd Comfort.

His surname is Finnish.

Joey’s maternal grandfather is Richard Young Copeland (the son of John Robert Copeland and Dorothy Frances Young). Richard was born in Minnesota. John was the son of John Malcolm Copeland, who was Scottish, from Palmire, Wigtownshire, and of Hannah H. Hedback, who was Swedish, from Väse. Dorothy was the daughter of Francis/Frank Xavier Young, who was born in Illinois, to Irish parents, his father from Tyrone and his mother from Ballyannis, Mayo, and of Flora Barclay Ingram, who was Scottish, from Huntly, Aberdeenshire.

Joey’s maternal grandmother is Mary Joan Holtby (the daughter of Woodrow Alfred Holtby and Gertrude Vidella Oelke). Mary Joan was born in Minnesota. Woodrow was the son of James Fred Holtby/Haltby and Nelly/Nellie Ellen Raiche. Gertrude was the daughter of Albert Oelke, who was of German descent, and of Della E. Dubois, who was of French-Canadian ancestry.

Genealogies of Joey’s paternal great-grandfather, Leland William Clintsman (focusing on his own father’s side) – http://worldconnect.rootsweb.ancestry.com
http://davistree.info

Genealogy of Joey Pollari (focusing on his mother’s side) – https://www.geni.com