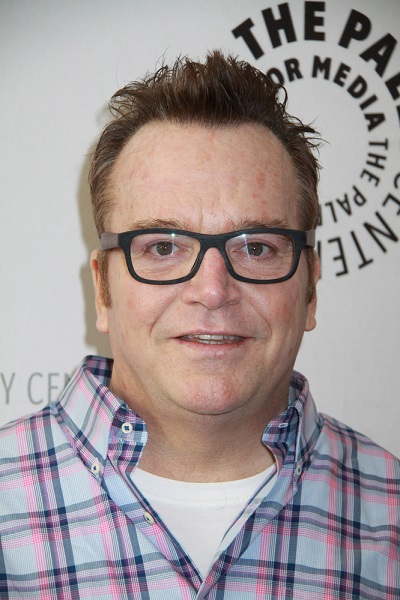 Tom Arnold is an American actor and comedian. His many comedic roles include True Lies and The Stupids.

Tom is the son of Linda (Graham) and Jack Arnold. He has Swedish, German, English, Irish, Scottish, Scots-Irish/Northern Irish, and distant French, French Huguenot, and Dutch, ancestry. His aunt (father’s sister) was actress Kay Arnold. His sister is Lori Arnold, a prominent methamphetamine dealer in the Midwest.

Tom is a convert to Judaism.

Tom has two children with his former wife Ashley Groussman. Ashley is Jewish.

Tom’s paternal grandfather was Dwaine/Duane Berwyln “DB” Arnold (the son of Ulysses Sheridan Arnold and Elsie May Larson). Dwaine was born in Saskatchewan, Canada. Ulysses was of German descent, the son of George Phillip Arnold and Katherine Cecile “Katie” Hilderman. Elsie was born in Illinois, the daughter of Frans/Frank Oskar Larsson/Larson, who was Swedish, from Gärdserum, Åtvidaberg, Östergötlands Län, and of Hannah A. Salow, whose father was German and whose mother was Swedish, from Gotlands län.

Tom’s maternal grandmother was Dorothy Pauline Ranard (the daughter of Benjamin Oscar Ranard and Lottie/Charlotte Twiesell/Twiesel). Dorothy was born in Iowa. Benjamin was the son of Joseph Ranard and Sarah Caroline Harris. Lottie was the daughter of Henry M. Twiesel, who was German, and of Eva Abby/Addie/Addaline Sylvia Libbie/Libby/Libbey.

Sources: Genealogy of Tom Arnold (focusing on his father’s side) – http://www.geni.com

Genealogy of Tom’s maternal grandfather, Thomas Everett/F. Graham (focusing on his own mother’s side) – http://worldconnect.rootsweb.ancestry.com