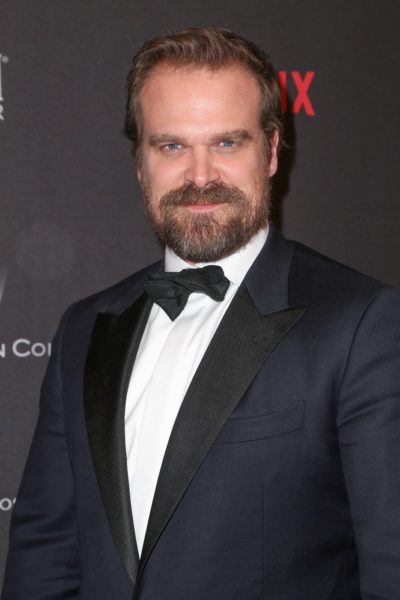 Harbour in 2017, photo by Prphotos

David Harbour is an American actor. He is known for starring as Jim Hopper on Stranger Things, and for his roles in the films Revolutionary Road, End of Watch, The Equalizer, Black Mass, Hellboy (2019), Extraction, No Sudden Move, Black Widow (2021), and Violent Night, among many others.

He is married to British singer, songwriter, and actress Lily Allen.

Genealogies of David’s maternal grandfather, Richard Floyd Riley (focusing on his own father’s side) – http://www.findagrave.com
http://wc.rootsweb.ancestry.com